Home > How Does Homeopathy Work?

How Does Homeopathy Work? 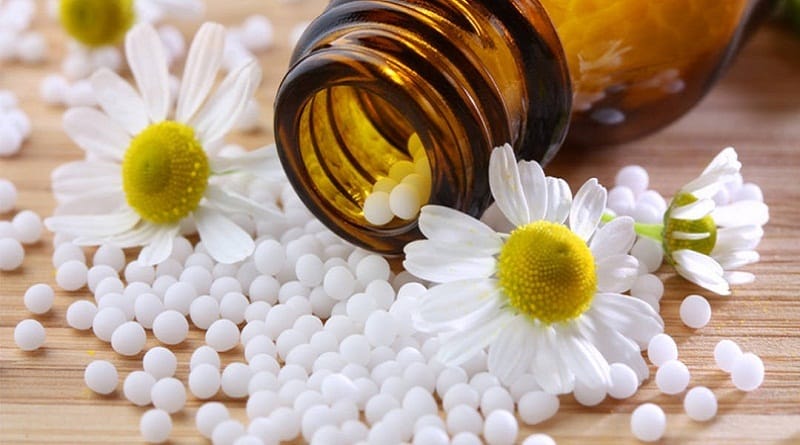 Many people describe homeopathy to be herbal remedies or a broad field of alternative medicine. But homeopathic medicine has its unique and sophisticated system of using substances from animals, plants, chemicals, and minerals to strengthen the body’s self-healing capacity.

However, many critics have argued that homeopathic remedies are just dummy treatments that perform no better than placebos. Some say the homeopathic principles are “scientifically implausible,” but enough evidence has shown that homeopathy works, and many critics are only concluding from a sentimental point of view.

This article will show you the fascinating and powerful effect of homeopathy as a complementary system for treating many disease conditions, and answer the common question “how does homeopathy work? Continue reading!

The word “homeopathy” is coined from two Greek words: homeos- meaning “similar,” and pathos- meaning “suffering.” So you can describe homeopathy as a system that works on the “principle of similar.”

The beauty of this principle is that it doesn’t only trigger a healing response, but also encourages a respect for the body’s wisdom. It is based on the use of highly diluted substances, which practitioners confirmed to help the body heal itself.

This form of treatment was first developed in the 1770S by a German doctor called Samuel Hahnemann. Now, homeopathic medicine is widely practiced by physicians and professional homeopaths who are qualified to give prescriptions of homeopathic remedies based on your symptoms.

However, it is important not to self-medicate. You need to get your prescription from your homeopath after a proper diagnosis.

How Does Homeopathy Work?

Homeopathy works based on the central principle that “like cures like” – meaning a substance that causes certain symptoms is also capable of removing those symptoms.

Because symptoms are the best way our body can show its efforts in defending itself against infections or stressful conditions, it is thoughtful to utilize remedies/supplements that help mimic this defense system rather than suppressing or inhibiting it. That’s what homeopathy is all about.

The active substances used in this system of treatment causes similar symptoms of an illness in the belief that it will help reduce the likelihood of harm.

For example, your eyes become watery when you cut red onion. That’s why this substance is used in homeopathic remedies to treat allergies.  Many treatments are made from poison ivy, crushed whole bees, white arsenic, and an herb called arnica.

Homeopaths add water or alcohol to these ingredients to weaken them. Then they shake the mixture – a part of the process called “potentization.” This way, the healing essence is transferred into the liquid.

Homeopaths also believe that the most powerful medicines are made from lower doses. That’s why many homeopathic remedies do not contain any molecule of the original substances.

During your appointment, your homeopath will ask you several questions about your physical, mental, and emotional health. This will inform the best homeopathic remedy to prescribe for you that will match all of your symptoms.

Conditions that can be treated using homeopathy

These remedies are also effective as a complementary treatment for minor issues like toothache, bruises, headaches, crapes, coughs, nausea, and colds.

However, do not use homeopathic remedies as an only source for life-threatening conditions.

Note that you can never replace conventional medicine or allopathic treatments for homeopathic remedies- homeopathy only serves as a complementary treatment.

Many studies and findings have shown that homeopathy works. But many critics ascribe the benefits to the placebo effect. That means it works only because you believe the treatment is working, and not because it works in the real sense.

Scientists argue that medicines without any active ingredient cannot cause a positive effect on the body. But homeopaths have shown that their medicines are not without active ingredients. The insisted that the active substances are diluted in double-distilled and purified water, making it become imprinted and activated.

However, homeopaths acknowledge that homeopathic remedies will not have any effect at all unless the patient taking them has hypersensitivity to them. And that’s why the remedies are made to imitate the symptoms caused by a particular disease condition.

So it’s hard not to produce hypersensitivity, and it’s hard for homeopathic remedies not to work.

Homeopathy first became popular in Europe and the United States after the astounding success in using these remedies to treat people suffering from the various infectious disease epidemic experienced in the 19th Century. It helped to reduce the death rates from conditions like scarlet fever, cholera, yellow fever, typhoid, and pneumonia.

Little wonder many of America’s cultural elites in the 1900s were homeopathy’s strongest advocates, including William James, Mark Twain, John D. Rockefeller, Louisa May Alcott, Susan B. Anthony, and Henry Wadsworth Longfellow amongst many others. You can click here for an extensive list of famous advocates of homeopathy.

Do homeopathic remedies pose any risk?

Homeopathic remedies are so watered down that they do not cause any side effects. They are generally safe. However, some remedies contain substances that can interfere with the action of other medicines.

That’s more reason you need to talk to your homeopath if you’re already on any medication prescribed by a doctor.

Homeopathy works on the principle of “like cures like,” and there is much scientific evidence on the effectiveness of this complementary treatment.  Yes, it works!

However, avoid self-medication and do not use any homeopathic remedy without first consulting a homeopath. When you do, your homeopath will make a proper diagnosis of your condition and recommend the most suitable homeopathic remedy based on your overall symptoms.

You can consult Morkare Natural Clinic to get the best homeopathic treatment for different health ailments.